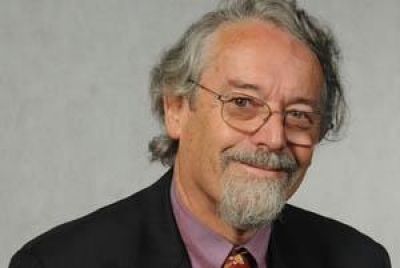 Neil Rackham is an author, consultant, and academic who is widely recognized as one of the founders of modern sales theory. Three of his books have been on the New York Times best seller list and his works have been translated into over 50 languages.

Neil Rackham is an author, consultant and academic who is widely recognized as one of the founders of modern sales theory. He is a leading authority on "consultative selling," an approach he pioneered and documented in a bestselling BOOK SPIN®Selling (McGraw-Hill). The book, translated into more than 30 languages, remains a classic and a staple of BUSINESS school curricula three decades after its 1988 publication. It was named the No. 1 sales book of all time by Inc. magazine in 2013 and introduced a new paradigm for big complex transactions in the worlds of sales and negotiation.

Founder and former CEO of Huthwaite Inc., a sales performance improvement firm, Rackham is considered one of the most creative thinkers in the field and, as one sales commentator described him, “perhaps the most respected voice of all time in sales.” His theories, outlined in several bestselling books and scholarly journal articles, are recognized around the globe for their originality and foundation in scientifically-measured evidence and facts. More than half of all Fortune 500 companies TRAIN their sales forces today with methods derived from Rackham’s research and conclusions.

“Neil Rackham has done more than any other business thinker to advance the field of sales,” said Philip Kotler, distinguished professor of international MARKETING at the Kellogg School of Marketing at Northwestern University.

Rackham has been a consultant to executives and board members at more than 40 of the U.S. Fortune 500 companies, including IBM, Xerox, AT&T, Citicorp, GE, MICROSOFT, and Oracle, as well as to professional services organizations such as KPMG, Booz Allen, and McKinsey & Co., where he served as external adviser on negotiation, sales and channel management from.

He is currently a visiting professor at Portsmouth University, Cranfield School of Management, and Sheffield University, all in his native England, as well as at the University of Cincinnati, and is a frequent lecturer at conferences, business schools, and corporations around the world.

Neil Rackham was born in England and spent some of his early years in Borneo, where his parents were civil servants. He was educated at Totton Grammar School, Hampshire and then studied psychology at Sheffield University where he gained a bachelor's degree in 1966.

From 1970 to 1974, Rackham served as managing director of Performance Improvement Ltd., improving high-level job skills for clients such as IBM, BP, British Airways, Xerox and Honeywell.

In 1974, he founded the Huthwaite Research Group, which later became Huthwaite Inc., a global research and consulting firm based in Northern Virginia, and, Huthwaite Ltd., based in the United Kingdom.

At the time, the conventional wisdom in the sales world was that “selling was selling” — that the techniques that were successful in smaller consumer sales worked equally well in more complex business-to-business transactions. Rackham’s multi-year research project turned this thinking on its ear and showed that, on the contrary, conventional methods developed for small consumer sales, such as widely used techniques for CLOSING the deal, failed miserably when applied in more complex transactions. He found that greater success could be achieved in larger-scale transactions by focusing on a series of questions related to a customer’s situation, problem, implication, and need-payoff, or SPIN.

Rackham’s premise in SPIN®Selling is that the most successful sellers are seen by their customers as consultants or problem solvers who are working in the customers’ best interest. “The best selling isn’t at all about your products and what you can offer. It’s very much about the customers and their need,” he has said. “People do not buy from salespeople because they understand their products but because they felt the salesperson understood their problems.”

Rackham asserted that, instead of STARTING with a head-on sales pitch about their wares, the most effective sellers start with a series of questions about the buyer and then present their product or service as a way to meet the buyer’s needs.

His research showed that highly effective sales people talk about solutions and what they can offer very late in the sales process rather than up front. Similarly, he found that the more time the customer talks in a sales call, the higher probability that the sales call will succeed.

The great divide between sales and marketing has been exacerbated by the recession, and the marketing camp seems to be losing the good fight.

Selling itself is changing! This video helps you through those changes.

Value Proposition : Neil Rackham on the importance to sales

Neil Rackham, author of SPIN Selling and Visiting Professor at Portsmouth and Cranfield Business Schools talking about the value propositions and the book created by Futurecurve, 'Creating and Delivering your Value Proposition: Managing Customer Experience for Profit'

Interview with Neil Rackham at the World Innovation and Marketing Forum

John Golden, President and CEO of Huthwaite, interviews Huthwaite founder Neil Rackham about selling in a down economy.

John Golden, President and CEO of Huthwaite, interviews Huthwaite founder Neil Rackham about selling in a down economy.
More in this category: « George S. Day Jim Stengel »
back to top