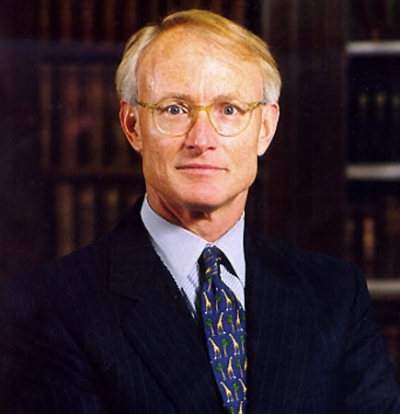 Michael Eugene Porter (born May 23, 1947 in Ann Arbor, Michigan, United States)[2] is the Bishop William Lawrence University Professor at The Institute for Strategy and Competitiveness, based at the Harvard Business School. He is a leading authority on competitive strategy and the competitiveness and economic development of nations, states, and regions. Michael Porter's work is recognized in many governments, corporations and academic circles globally. He chairs Harvard BUSINESS School's program dedicated for newly appointed CEOs of very large corporations.

Michael Eugene Porter received a BSE with high honors in aerospace and mechanical engineering from Princeton University in 1969, where he graduated first in his class and was elected to Phi Beta Kappa and Tau Beta Pi. He received an MBA with high distinction in 1971 from Harvard Business School, where he was a George F. Baker Scholar, and a PhD in BUSINESS economics from Harvard University in 1973.

Porter said in an interview that he first became interested in competition through sports. He was on the NCAA championship golf squad at Princeton and also played football, baseball and basketball growing up.

Porter credits Harvard professor Roland "Chris" Christensen with inspiring him and encouraging him to speak up during class, hand-writing Porter a note that began: "Mr. Porter, you have a lot to contribute in class and I hope you will." Porter reached the top of the class by the second year at Harvard BUSINESS School.

At Harvard, Porter took classes in industrial organization economics, which attempts to model the effect of competitive forces on industries and their profitability. This study inspired the Porter five forces analysis framework for analyzing industries.

Porter stated in a 2010 interview: "What I've come to see as probably my greatest gift is the ability to take an extraordinarily complex, integrated, multidimensional problem and get arms around it conceptually in a way that helps, that informs and empowers practitioners to actually do things."

Porter wrote "The Competitive Advantage of Nations" in 1990. The book is based on studies of ten nations and argues that a key to national wealth and advantage was the productivity of firms and workers collectively, and that the national and regional environment supports that productivity. He proposed the "diamond" framework, a mutually-reinforcing system of four factors that determine national advantage: factor conditions; demand conditions; related or supporting industries; and firm strategy, structure and rivalry. Information, incentives, and infrastructure were also key to that productivity.

In addition to his research, writing, and teaching, Porter serves as an advisor to BUSINESS, government, and the social sector. He has served as strategy advisor to numerous leading U.S. and international companies, including Caterpillar, Procter & Gamble, Scotts Miracle-Gro, Royal Dutch Shell, and Taiwan Semiconductor. Professor Porter serves on two public boards of directors, Thermo Fisher Scientific and Parametric Technology Corporation. Professor Porter also plays an active role in U.S. economic policy with the Executive Branch and Congress, and has led national economic strategy programs in numerous countries. He is currently working with the presidents of Rwanda and South Korea.

Michael Porter is one of the founders of The Monitor Group, a strategy consulting firm that came under scrutiny in 2011 for its past contracts with the Muammar Gaddafi-led regime in Libya and alleged failure to register its activities under the Foreign Agents Registration Act. In 2013 Monitor was sold to Deloitte Consulting through a structured bankruptcy proceeding.

An Interview with Michael E. Porter, Professor, Harvard University. Porter's five competitive forces is the basis for much of modern business strategy. Understand the framework and how to put it into practice.

Michael Porter of Harvard Business School spoke to an audience of senior corporate giving professionals at CECP's Corporate Philanthropy Summit about the role of business in social and economic development. He introduced the concept of "Creating Shared Value" (CSV) as distinct from "Corporate Social Responsibility" (CSR) and explained how CSV can help advance both the corporate and social goals of a company.

Michael Porter: Why business can be good at solving social problems

Why do we turn to nonprofits, NGOs and governments to solve society's biggest problems? Michael Porter admits he's biased, as a business school professor, but he wants you to hear his case for letting business try to solve massive problems like climate change and access to water. Why? Because when business solves a problem, it makes a profit -- which lets that solution grow.
Altro in questa categoria: « Chris Anderson Lester Wunderman »
Torna in alto