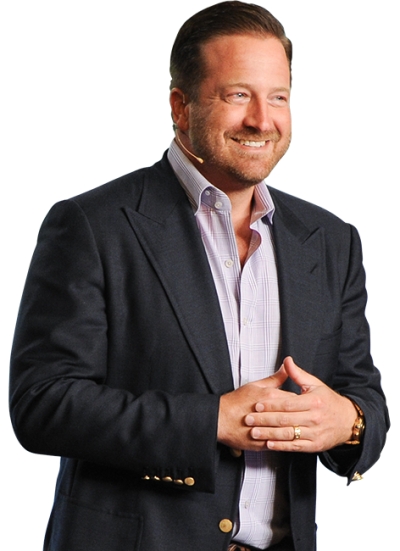 Frank Kern (born on August 30, 1973) is a successful entrepreneur, internet marketer and business consultant from the US and is considered by many to be one of the top "guru's" in the internet marketing space today. His info products typically sell for $1997, a figure that has become almost a standard ticket price for top internet marketing product launches. His latest information product is called Mass Conversion and was released in 2014.

Kern started as a door-to-door salesman for credit card processing systems, in Macon, GA. He experienced a lot of rejection. All the while, he was living in a single trailer, eagerly anticipating moving up into a double-wide. Around this time, he borrowed some Tony Robbins tapes (Personal Power) from his step-father, and started to formulate the mindset that would soon see him making his way to the top of the Internet Marketing industry.

Shortly thereafter, he started learning about making money online. He bought a course on how to make money online from the late Cory Rudl and implemented maybe one page of the entire product. But he did see some success and felt encouraged.

Frank had worked with dogs in the past, and realized that dogs respond well to positive reinforcement. So he created a course, where he could automatically create a different web site for every diff breed of dog (600). He ran ads for each breed of dog, offering the same book with 600 different web sites - one per dog breed. This business launched in 2005 and went on to make sales of over $1 million in 2006. A simple approach, that scaled up exponentially.

He found that he really enjoyed showing other entrepreneurs how to make money online so he sold the dog business after 2 years, and focused on teaching people to make money online. Frank regularly holds live seminars where he commands up to $25,000 per ticket. He also continues to use video marketing to capitalise on his "guru" status in internet marketing circles.

Getting started online with his internet marketing business

How do I get the right people to buy diamonds
More in this category: « Guy Levine David Wood »
back to top